Do I have a deal for you. My desk and computer are littered with so many factoids they are out of control. Most of these fall under the category of useless information, but a few are actually worth knowing. So, I have decided to clear the decks and have a factoid giveaway. You can have these at no cost which means they are priced just right. Take as many as you can carry.

For example, you might be interested in shower beer. Our crafty friends in Sweden have come up with this product which is a new way to enjoy bathing. “There’s nothing quite like a hot shower, and an ice cold beer. PangPang, a Swedish brewery unveiled the first officially branded ‘Shower Beer’ earlier this year. It’s compact so it will fit in your shower caddy, and can be finished in a few big gulps if you’re in a hurry.” They may be onto something because they claim: “It’s the perfect way to start your night…or end it.” (https://www.pintpass.com/shower-beer/)

Now, shower beer might seem like a genius product, but taking an extra long shower could get you in trouble. Like the guy in Wyoming who had an excuse when police arrested him for having a .136 blood alcohol content. “He allegedly told police he traveled from the year 2048 to warn mankind of an impending invasion by extraterrestrials. The happy traveler “informed the officers that he was able to travel through time because the aliens filled his body with alcohol.” No word on whether light beer or regular beer is better for time travel. (https://www.yahoo.com/news/man-claiming-2048-says-apos-162915653.html)

Hopefully, those partaking of shower beer do not go out and drive an automobile. Distracted driving is already a scourge in the land and adding alcohol to the mix is never wise. Even things designed to “wow” us can cause problems. “Touch-screen systems in many new vehicles are too distracting, putting motorists at risk of crashes, according to a new study funded by the AAA Foundation for Traffic Safety. The study, conducted by researchers at the University of Utah, tested 30 vehicle infotainment systems and found that all of them are distracting to some degree.”

One of the most common distractions involves phones. Sometimes the phones seem to have lives of their own. Of course I am referring to the infamous “butt dial” problem. This seems like a comical subject, but it can be serious. “It turns out some 30 percent of calls to 911 are accidental, according to a study by Google researchers of San Francisco emergency calls, which was echoed in other locations. Accidental emergency calls strain the 911 system.” (https://www.usatoday.com/story/tech/columnist/2017/10/09/butt-dials-pocket-dials-why-these-accidental-hellos-just-wont-stop/745518001/)

Technology can be distracting, but sometimes it can be downright scary too. A case in Akron, Ohio should make every parent shudder. Some parents reported: “A drone was trying to lure children off of the playground at Windemere Community Learning Center. A neighbor had reported a drone with voice technology talking to children who were playing on school grounds in the evenings and over the weekend.

The kids said the drone talked to them in a computerized voice from what looked like a built-in speaker. It keeps saying ‘hey’ until you reply. Their friends said 'what' back to the drone and the drone told them to follow it.” I don't know about you, but this sends chills down my spine. (https://www.ohio.com/akron/news/local/akron-schools-alerts-parents-about-suspicious-drone)

On another front, it seems nothing these days can escape politics. That's sure true with the National Football League. If you like football statistics, here's a political one for you. “According to a number crunch released by FiveThirtyEight, an ESPN-owned stats, analysis and projection website, the Lions have the second-most Democratic fan base in the NFL, leaning 19.5 points to the left. Detroit trails only fans of the San Francisco 49ers. Of the 32 NFL teams, only six fan bases identified as leaning more Republican. That includes the Tennessee Titans, Buffalo Bills, Jacksonville Jaguars, Dallas Cowboys, Houston Texans and Tampa Bay Buccaneers.” A nifty info graphic shows the political leanings of the fans of each NFL team at: http://www.mlive.com/lions/index.ssf/2017/10/lions_fan_base_is_second-most.html.

Finally, if you've been in any store lately it's obvious that the Christmas season is upon us (even though it's not Halloween yet). This holiday could get a bit dicey thanks to a discovery in Turkey that may result in the big mystery of Christmas 2017.

Turkish archeologists announced that they may have discovered the bones of St. Nicholas, the saint better known to the world as Santa Claus. The remains were unearthed beneath a 4th-century structure in Demre (ancient Myra), the traditional location of Nicholas’ birth. At the moment the discovery is still in the realm of the hypothetical; until the tomb is excavated no one knows exactly what is in it.” (https://www.thedailybeast.com/if-santa-is-buried-in-turkey-who-has-been-delivering-the-presents)

But what if the archeologists are correct? This leads to the burning question: “If Santa is buried in Turkey, who has been delivering the presents?”

Click on a photo to see a full size image. 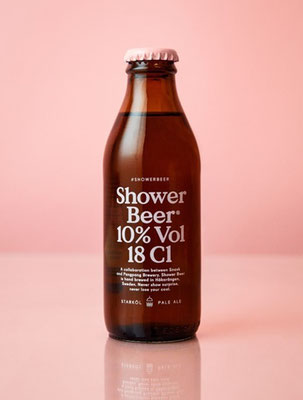 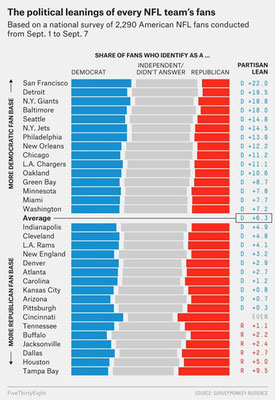