While perusing the news I often stumble upon interesting finds. These range from fun facts to head-scratchers to “Oh my” discoveries.

One of my favorite stops is Ranker.com: “Ranker is a leading digital media company for opinion-based, crowdsourced rankings on just about everything.” They have some lists based on research and other lists based on votes by readers.

A list that caught my attention was one about the IQ of our presidents. “A president's IQ is rarely made public, and many United States presidents were born before the modern IQ test was invented. Nevertheless, many psychological studies have provided educated guesses of presidential IQ based on a variety of factors. When it comes to IQ scores, a score over 140 is considered genius level.”

According to Ranker, the five presidents with the highest IQ rating would be: John Quincy Adams (175), Thomas Jefferson (160), John F. Kennedy (160), Bill Clinton (159), and Jimmy Carter (156.8). The Father of our Country, George Washington, ranked twenty-fourth with an IQ of 140, while current president Donald Trump was sixteenth at 145.

The dubious distinction of the president with the lowest IQ went to Ulysses S. Grant with a 120. You can see the entire list at: https://www.ranker.com/list/us-presidents-by-iq/lauren-slocum.

This led me to a totally unscientific Ranker reader poll – Celebrities Who Should Run for President. The leaders of the pack right now are Tom Hanks, Ellen DeGeneres, Morgan Freeman, Dwayne Johnson, and Oprah Winfrey. In a bit of a head-scratcher, Jesus is trending at number 21, just behind Christopher Walken and Tom Selleck. (https://www.ranker.com/list/celebrities-who-should-run-for-president/jacob-shelton)

Another list found Jesus at the number one position – People We Wish Were Still Alive. However the next four were a bit of a mixed bag: Prince, Leonardo da Vinci, Albert Einstein, and Robin Williams. Go figure. (https://www.ranker.com/crowdranked-list/people-we-wish-were-still-alive)

Still in politics, I was drawn to a Detroit Free Press editorial by Brian Dickerson. In thinking about the minimum wage bills being considered by the Michigan legislature, he's come up with a plan to pay our legislators.

“Why not experiment by establishing a new, tipped wage for state legislators? The current minimum wage for tipped workers is about 40 percent of the standard minimum wage. So let's pay lawmakers a base salary of $27,240 (38 percent of their current base pay of $71,685) and let voters reward them for good service every other November. The state would set aside enough money to pay every legislator's full base salary, and voters would decide whether their own representatives should be paid 60 percent, 75 percent, or 100 percent of that figure.” Oh my, he may be onto something here. (https://www.freep.com/story/opinion/columnists/brian-dickerson/2018/09/09/minimum-wage-scam/1221813002/)

During this election cycle you'll be hearing many politicians urging us to “Buy American.” This sounds good, but apparently Americans are not buying the idea. The fact is: “Polling numbers suggest that as many as 70 percent of Americans support the idea of purchasing more American-made goods. But that’s only in theory. Another 67 percent say they simply purchase whichever good is cheaper, regardless of its origin. That means there’s a significant gap between political attitudes and economic habits.” (https://www.freep.com/story/opinion/readers/2018/09/09/buy-american-political-rhetoric-fails-persuade-consumers/1222424002/)

You may see this reality illustrated when you buy your Christmas stockings this year. There's almost a certainty that those socks will have been made in China by prison labor. In fact, there may even be a surprise greeting hidden inside those stockings. “Customers have found notes, hidden by prisoners, in goods sold in the U.K. and U.S. — from Christmas ornaments to socks. 'Prisoners in the Yingshan Prison in Guangxi, China, are working 14 hours every day. Whoever doesn’t finish his work will be beaten. Being a prisoner in China is worse than being a dog in the U.S.'” This brings a new meaning to Seasons Greetings, eh? (https://www.ozy.com/fast-forward/your-christmas-socks-made-in-china-by-a-prisoner/89037)

Speaking of Christmas (notice the smooth segue), all of us need more money for the holidays. About 59 percent of, or 192 million, Americans have some type of life insurance, but when someone passes away the families may not be aware of how to claim the benefits. “September happens to be life insurance awareness month. At one point, it was estimated that at least $10 billion in life insurance policies nationwide had gone unclaimed or unpaid.”

There are some good ways to see if there is some unclaimed cash out there just waiting for you. “A multistate effort by regulators led to settlements where more than $8.7 billion in life insurance proceeds was returned to U.S. consumers. And more than $3.25 billion was returned to individual states, where unclaimed-property programs continue efforts to locate and pay beneficiaries.” (https://www.freep.com/story/money/personal-finance/susan-tompor/2018/08/30/locate-life-insurance-policy/1083406002/)

On a national basis, use these services for you search: National Association of Unclaimed Property Administrators (https://www.unclaimed.org/), and the Life Insurance Policy Locator Service (https://eapps.naic.org/life-policy-locator/#/welcome). In Michigan, use the Life Insurance and Annuity Search Service

Finally, if you do find some unclaimed money (another smooth segue) and you decide to take that special someone out for a celebratory dinner, Ranker.com suggests you might want to avoid “The Worst Foods to Eat on a Date.” (https://www.ranker.com/list/the-worst-foohttps://www.ranker.com/list/the-worst-foods-to-eat-on-a-date/samantha-dillingerds-to-eat-on-a-date/samantha-dillinger)

The top foods to avoid are: garlic, bbq ribs, onions, baked beans, garlic fries, chili dogs, spaghetti, garlic bread, and jellied eels. Drat! No jellied eels? That's a shame. To paraphrase the words of Jed Clampett of the Beverly Hillbillies: “The thing about jellied eels is they're just as good the second day.” 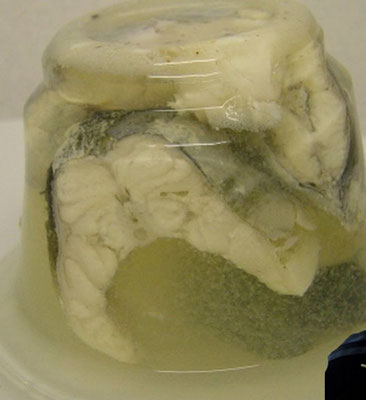 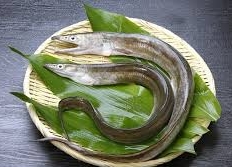