Summer is winding down. I know this because I already have two varieties of Octoberfest beer in my fridge. You may be looking for things to do to get ready for the change of seasons. Luckily, projects abound and there is plenty to do.

As the weather turns colder it's always a good idea to line up the books you want to read during fall and winter. A trip to the library might be in order. You never know what surprises await. For instance, the Walla Walla (Washington) public library recently found something unique on its shelves, a stash of beer and chewing gum from the 1980s. “Employees have been performing renovations at the facility and they removed a corner panel from the shelf housing the mystery book section and found a disintegrated paper bag containing five unopened cans of Hamm's beer and an opened back of Godzilla Heads gum.”

Along the same lines, reading books is easier if you can recognize the spelling of words. All of us studied spelling in school, so a recent Guinness record for spelling the most randomly chosen words in one minute might be of interest. This could be a fun family activity. Ah, but here's the twist. “A Minnesota woman's unusual talent made her a Guinness World Record holder when she spelled 56 words BACKWARDS in one minute.” All I can say is “wow,” which is about the extent of my talent in this regard. (https://www.upi.com/Odd_News/2020/08/13/Minnesota-woman-dubbed-worlds-fastest-backward-speller/7351597344427/)

Reading is fundamental, but sometimes just doing something hands-on is more appealing. An example might be building something with Legos. This can be entertaining, but the key here is to  be safe and not breath too deeply.

Don't be like a kid in New Zealand who lost a Lego piece in 2018 (when he was five years old). He just recently sneezed and the missing piece shot out of his nose. For those two years he showed no signs of discomfort. In true deadpan fashion, when the    piece materialized, the boy remarked, “Mum, I found the Lego!" The next time I see my brother, Big Rob, I'm going to check him for those missing Lincoln Logs we used to play with back in the day. (https://www.usatoday.com/story/news/world/2020/08/17/lego-piece-stuck-new-zealand-boys-nose-two-years/5598449002/)

Spring is sometimes touted as a season for cleaning, but you might want to clean out your closets right now. This is because there may be something in there worth a lot of money, like a pair of old sneakers. “A pair of shoes worn by Michael Jordan during a 1985 exhibition game broke a world record when they sold for $615,000 at an auction. Auction house Christie's said the Nike Air Jordan 1 High sneakers, worn by the basketball legend during an exhibition game in Trieste, Italy, were autographed by Jordan.” Rats! I used up all my vintage “Air Neffer” sneakers by using them as lawn mowing shoes. (https://www.upi.com/Odd_News/2020/08/14/Michael-Jordan-shoes-auctioned-for-615000-setting-new-record/2751597422268/)

As autumn approaches many locals will be gearing up for bow hunting. When stalking whitetails during archery season it's important to be accurate and fast. Here's a question for bow hunters. How many arrows could you shoot into a target in thirteen  minutes?

A number to beat was recently set by an archer in India who fired 111 arrows into a target in thirteen minutes and two seconds. Think you can top that? Oh, did I mention the feat was accomplished by a 5 year-old girl while she was suspended upside down? See this at: https://youtu.be/hi0CUewyXyM.

Finally, a fun family activity for those of you who live and work on a farm – painting eyes on bovine derrières.  In Botswana a study determined: “Painting eyes on the backsides of livestock can protect them from attack.” Cows adorned with these eyes were less likely to be attacked by lions, leopards and hyenas. (https://www.sciencealert.com/lions-are-less-likely-to-attack-cattle-with-eyes-painted-on-their-backsides)

I know, we don't have those types of predators here in Michigan. But it might be fun to watch tourists do a double take. 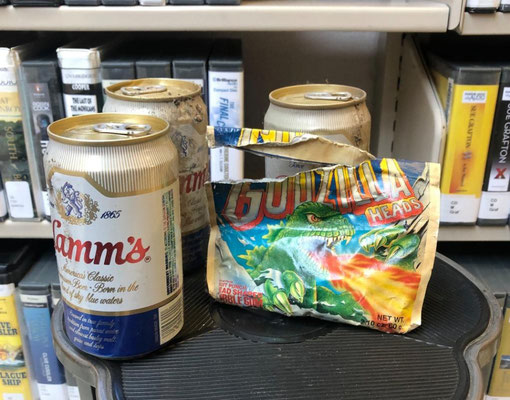 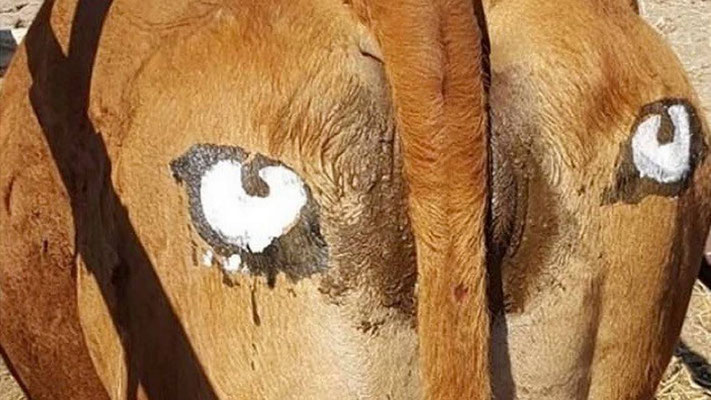