DON'T THINK ABOUT IT

With all that's going on in the world these days it's easy to come down with a case of severe noggin overload. Sometimes it seems like I don't have enough cranial space for even one more mini-thought. You too?

So what to do? Well, how about a challenge? I am going to give you some stuff that falls into the “I don't even want to think about it” category. Your task is to not think about these things. Ready? Remember, no fair thinking about these items if you want to pass the challenge.

To begin, don't think about flying snakes. If you love snakes (and who doesn't) the good news is you no longer have to limit your searches to ground level. If you look up you may spot a snake falling from the sky and landing on your head. “Chrysopelea paradisi -- the paradise tree snake -- does just that, propelling through the air from trees.”

A team of scientists from Virginia Tech observed “snakes jumping from trees -- or gliding – outdoors.” The snakes actually generate lift and turn in the air. In a bit of an understatement, researchers commented: “This might be why so many people are afraid of the reptiles. The idea that this animal can then fly is very unsettling to people." These flying snakes live in Southeast Asia, so (for now) don't think about this. (https://www.cnn.com/2020/06/30/world/flying-snakes-movement-study-scli-intl-scn/index.html)

Of course, not thinking about snakes is pretty easy – unless one is in your car. A guy in Australia was pulled over by police, but he had an explanation for driving erratically. “He was fighting off one of the world's deadliest snakes. He had been driving on the highway when he suddenly spotted an eastern brown snake, one of the most venomous species in the world, slithering by his legs.” As if that was not disconcerting enough: "It just started to wrap around me. Its head started striking at the driver's seat between my legs." (https://www.arcamax.com/entertainment/weirdnews/s-2382275?)

Now, don't even give this a thought the next time you get into your car. It is unlikely there's a Michigan snake in there. Maybe. That noise in the back seat is nothing. Probably.

A little closer to home, if you visit Texas don't give a thought to being accosted by a spider as big as a dinner plate. A couple in San Antonio were greeted by a spider right out of their nightmares, a Texas Tan Tarantula hanging on their window. The husband “managed to wrangle that critter and stick it in a plastic container.” (https://1063thebuzz.com/texas-couple-finds-giant-spider-on-patio-door/)

It turns out the Texas Tan is pretty harmless to humans. Experts say “you’d have to try pretty hard to get bit by one.” If you want to test out this biting theory, I say you go first. I'll hold your beer.

The moral of this story is don't even think about spiders. Although, like snakes, there may be one in your car. Maybe hanging just above your head. Whatever you do, however, don't swat at it. According to researches at Virginia Tech: “An insect in your car is really dangerous; a bug in your car increases your risk of a crash by more than six times compared to an attentive driver (without any insects in the car). That’s a greater risk than dialing a phone, putting on makeup or reading a book.” Even so, don't think about this. There is not much of a chance that there's a spider in your car. Of course, that buzzing could be a Murder Hornet. (https://www.bellinghamherald.com/news/traffic/rules-of-the-road/article228531184.html)

Really close to home, in Michigan to be exact, when you go outside don't even think about our latest invader – the Asian Tiger Mosquito. Sure they can spread “ viruses such as West Nile and Eastern Equine Encephalitis,” but you can easily tell them apart from common mosquitoes. “The Asian tiger mosquito has a silvery stripe on its back, white rings around its legs.”So, there's no need to worry about the danger involved. Even though it's an “aggressive biter” those welts on your body are probably not from the Tigers. To be safe, though, all you have to do is never leave your house. Then you don't have to think about which mosquito varieties are out to get you. (https://gandernewsroom.com/2020/07/02/mosquito-protection/)

Finally, very close to home, if you have recently strolled along Lake Cadillac on the McKellop Walkway, you have probably noticed an abundance of goose droppings. According to GoodbyGeese.net: “While its definitely disgusting, there’s also a hidden danger tied to goose dropping: dangerous diseases and bacteria like E Coli, Salmonella, Histoplasmosis, Campylobacter, Coccidia, and Giardia.” You know diseases are serious when you can't pronounce them.

To say the least, Canada Geese are prolific in their daily duties. “Canada Geese, on average, drop between 1 to 1.5 pounds of feces every day. Hosting a population of 20 birds would be the same as having someone spread 20-30 lbs of bacteria contaminated biohazard on your lawn every day.” (https://goodbyegeese.net/2017/12/15/the-hidden-dangers-of-goose-droppings/)

It would be easy to make light of this situation and suggest that the benefit here is free tap dance lessons for everyone who has to sashay around these piles. However, if you “don't think about this” you (or your pet) could step in a mess and thus carry some of the toxic slime home. So, this is a case when you DO think about this. After a tiptoe through the goose tulips, be sure to clean off the bottoms of your shoes and Fido's paws. Think about it. You now have the time because you're not thinking about flying snakes, monster spiders and ravenous mosquitoes. Right? 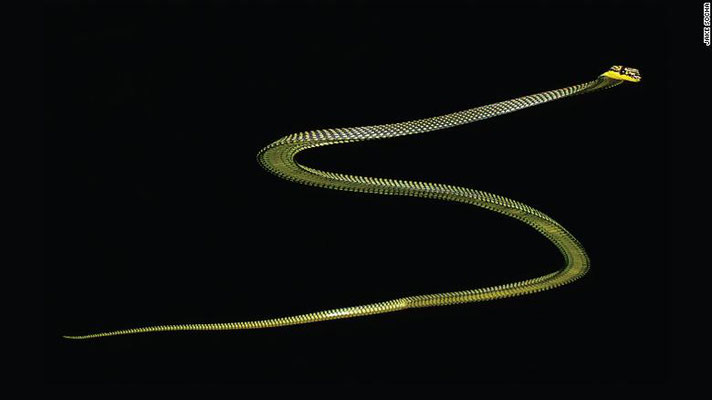 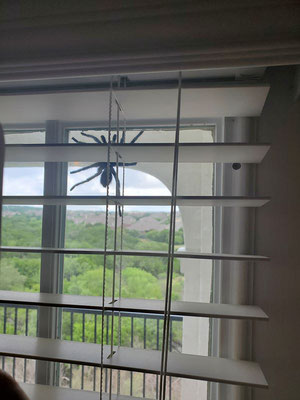 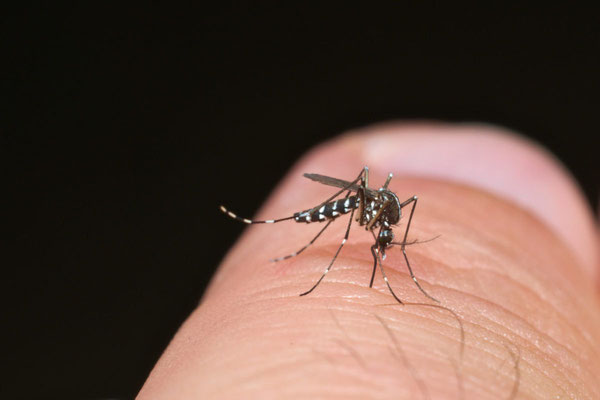 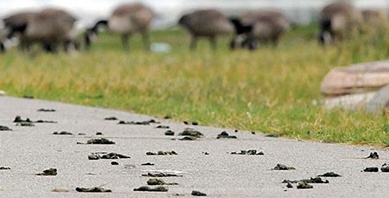