One aspect of the pandemic is that there seems to be a lot more attention being given to health and how our bodies work. I don't know about you, but when I get up in the morning I do a quick systems check to make sure everything is operational.

When I read the news of the day, items about the human condition are always of interest. For example, apparently it's beneficial to not be a Neanderthal. “Scientists say genes that some people have inherited from their Neanderthal ancestors may increase their likelihood of suffering severe forms of COVID-19. A study published by the journal Nature examined a cluster of genes that have been linked to a higher risk of hospitalization and respiratory failure in patients who are infected with the coronavirus.” The genes belong to a group (haplotype). They've been found in “...about sixteen percent of the population in Europe and half the population in South Asia.”

It's a bit disconcerting to realize there's not much you can do about this other than hope you're not a Neanderthal. “Modern humans and Neanderthals are known to have interbred at various points in history, resulting in an exchange of genes than can still be found today. It is striking that the genetic heritage from the Neanderthals has such tragic consequences during the current pandemic.” (https://www.newser.com/story/296867/neanderthal-genes-are-covid-risk-factor.html)

Evolution can be a tricky thing, you see. In fact, another study suggests: “More Humans Are Growing an Extra Artery in Their Arms.” This shows how unpredictable evolution can be. “Take something as mundane as an extra blood vessel in our arms, which going by current trends could be common place within just a few generations. Researchers from Flinders University and the University of Adelaide in Australia have noticed an artery that temporarily runs down the center of our forearms while we're still in the womb isn't vanishing as often as it used to. That means there are more adults than ever running around with what amounts to be an extra channel of vascular tissue flowing under their wrist.”

This condition is becoming more commonplace. “The artery seems to be three times as common in adults today as it was more than a century ago. If this trend continues, a majority of people will have median artery of the forearm by 2100."

That the human body can deliver some unexpected variations is no news to 17-year-old Maci Currin (of Texas). “She now is strutting into the brand new Guinness World Records 2021 book after being confirmed as having the world’s longest legs (female) and the longest legs on a teenager. Her left leg measures 53.255 in, while her right leg measures 52.874 in. Standing at 6 feet 10 inches tall, her legs actually make up 60 percent of her total height.”

There are disadvantages and advantages related to this. “Although it can be hard to fit through certain doorways, get into cars, or have clothes fit just right – her long legs also give her lots of advantages, especially when it comes to playing on her high school’s volleyball team.” (https://www.guinnessworldrecords.com/news/2020/10/worlds-longest-legs-record-broken-by-texan-teen-633224)

This leg length can be hard to imagine. To get a sense of this, sit in your easy chair and put your footstool 53 inches away. I tried this and it's pretty amazing.

Evolution aside, staying physically and mentally healthy is of the utmost importance. For the physical side, it may start with something pretty basic. “When it comes to getting dressed every day, underwear is just one part of that process. But it may be a more important part than you realize. As it turns out, not changing your underwear can have some less-than-ideal effects on your body.”

As my Grandma Bosley told me: “Always wear clean underwear. If something happens to you and you get taken to the hospital you won't embarrass the family.” A recent survey reveals not everyone takes my grandmother's advice. “A 2019 survey found that nearly half of Americans (45 percent) admitted to having worn the same pair of underwear for two or more days in a row. And 13 percent admitted that on occasion, they've worn the same pair of underwear for a week or more.”

This is not good. “While many experts will admit that occasionally wearing a dirty pair of underwear won't cause serious harm, this unhygienic habit could produce some unhealthy results.  Some bacteria can stay on your underwear even after an entire laundry cycle—so there's no telling what could be lingering on a pair that hasn't been cleaned.” (https://www.yahoo.com/lifestyle/happens-body-dont-change-underwear-040300791.html)

Mental health is important, too. If the election is driving you bonkers, Hotels.com may have a solution – an opportunity for you to live under a rock for the week of the election. “The Nov. 2-7 stay in a man-made cave 50 feet below ground in New Mexico will be available to book on its website on a first-come, first-served basis. The five-night stay costs $5 per night.” The underground rock (cave) is really cool. See the photos at: https://www.hotels.com/page/underarock/.

Finally, for something sure to lift your mental outlook during these troubling times, how about trying to come up with something disgusting. Social media is abuzz with an array of vile food concoctions, all in the spirit of good fun and totally fake. These include: Crab Cake Oreos, toothpaste-flavored ice cream bars called Cresticles, cobweb filled Hot Pockets, and Spam-flavored Pop Tarts. I will bet you can come up with items equally as repulsive. 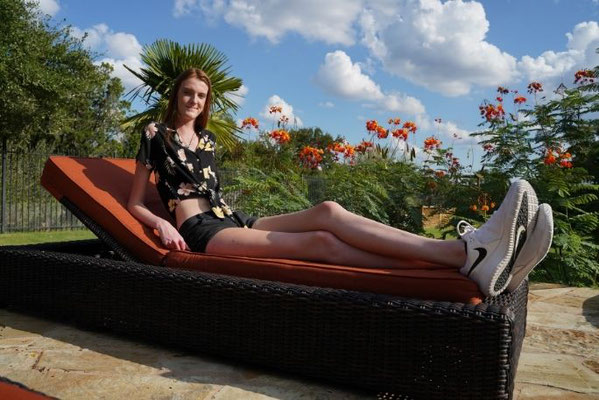 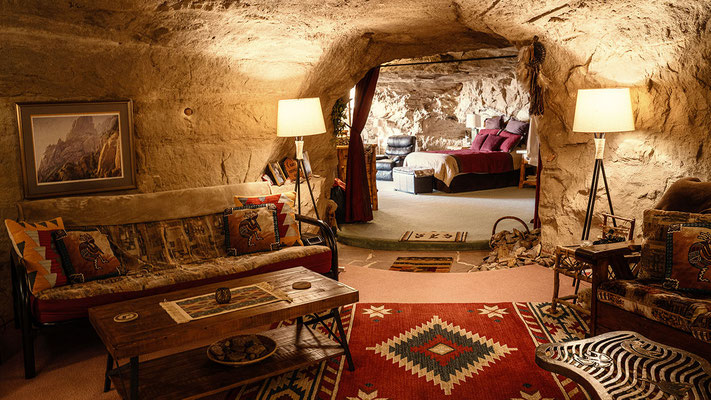