Everyone has a favorite food. For me, if chocolate or peanut butter is involved, I'm in. What got me thinking about food was a recent article about baloney.

Apparently, some individuals will go to great lengths to bring baloney to the people. “U.S. border authorities confiscated 320 pounds of meat from a man attempting to smuggle the goods over the Texas border last week. The man, a 20-year-old United States citizen, was carrying 320 pounds of pork bologna in the backseat of a Honda Odyssey. The driver admitted that he intended to resell the meat in the U.S., which incurred a $1,000 fine and seizure of the products.”

I'm no math whiz, but I did some checking. In Cadillac, you can buy baloney for between $1.28 and $4.75 per pound. Even if you assume this genius crook got his bootleg baloney for free and had no other expenses at $4.75 a pound the most he could reap in profits would be around $1500. Would you risk jail time for such a small amount? Not to mention the ridicule you'd suffer from other prisoners in jail when asked: “What are you in for?”

Well, thinking about food led to pondering about the upcoming Halloween holiday. Store shelves are already stocked with various candies. The Morning Brew newsletter had a fun exercise recently. It asked if you could identify six candy bars by just looking at their cross sections. You could try this at home. (https://www.morningbrew.com/daily/issues/2021/09/06)

The six candy bars they chose were: Butterfinger, 100 Grand, Snickers, Baby Ruth, Rolo, and Almond Joy. This selection was fairly easy for true candy aficionados, so if a bigger challenge is desired got to: https://scandybars.com/. You'll find hundreds of cross sections that will really test your candy know-how.

Speaking of candy bars, one of the most popular ones has an interesting origin.  “Kit Kat bars are loved across the world. They were invented by a British confection company in the 1930s and originally were called Rowntree’s Chocolate Crisp. The name was changed to Kit Kat Chocolate Crisp in 1937.”

You're probably familiar with the slogan “Gimme a Break.” However, that was not introduced until 1986. The previous slogan was: “Tastes so good, you’ll roar.”

Kit Kat's are really popular in Japan where there are two-hundred flavors. They include: ginger ale, soy sauce, green tea, banana, and crème brûlée. (https://www.thedailymeal.com/eat/5-things-you-didnt-know-about-kit-kat-bars-0)

One of the most popular foods in this country is pizza. There are approximately 75,000 pizzerias in the United States. An article about pizza taxonomy tells us that there  are about as many styles as there are pizzerias. However, the article identified twenty-four prominent varieties. (https://firstwefeast.com/features/pizza-style-taxonomy/)

One of those varieties has its origin in Michigan and involves the auto industry – Detroit Style Pizza. “What do you get when you take a Sicilian-style pizza recipe and bake it in blue steel pans originally designed for the auto industry? Detroit-Style pizza, that’s what. The square pans act like a cast iron skillet to create a super crisp crunch on the crust, and bakers deliberately push the blend of mozzarella and Brick cheese up the deep interior sides of the pans to form an awesome caramelization. The result is a pan pizza on steroids.”

Buddy's Pizzeria in Detroit began the style in 1946. “Baked in forged-steel pans borrowed from local automotive plants, they were able to produce a very light and crispy crust which is now known as Detroit-Style Pizza. This was the first known square pizza in the U.S. and now, more than seventy-five years later, the pizza style has become a national favorite. Buddy’s still uses the same traditional methods as well as its original pans.” (https://www.buddyspizza.com/history-of-detroit-style-pizza)

The French connection dates back to a 1393 recipe. That's fine, but the real credit goes to 1970s bowling alley restaurants. “The advent of the deep fryer, combined with the increasing availability of mass-produced mozzarella cheese from the 1960s onward, made the mozzarella stick possible. Food historians think that an enterprising bowling alley or sports bar cook probably combined the popular mozzarella cheese and new deep-frying technology in hopes of adding some pizzazz to the menu of finger food.” (https://www.mashed.com/31587/food-origin-myths-everyone-believes-true/)

Finally, in my humble opinion, everything goes with peanut butter. This brings us to a beloved sandwich – the fluffernutter. The original recipe may go back quite a way. “One version holds that Paul Revere’s great-great-great-grandchildren Emma and Amory Curtis of Melrose, published a recipe for a marshmallow fluff and peanut butter sandwich in 1918, a time when Americans were sacrificing meat due to rationing for World War I. They called it the Liberty Sandwich.” At any rate, the sandwich didn’t gain its famous name until the 1960s. (https://www.backthenhistory.com/articles/the-history-of-fluffernutter-sandwiches)

Again, in my humble opinion, this sandwich is even better thanks to a reintroduction of an iconic Michigan product. Velvet Peanut Butter was a Neff family “go-to” when I was a kid. It's back with the same original recipe and the same nostalgic yellow label. It's available in many stores all over the state. 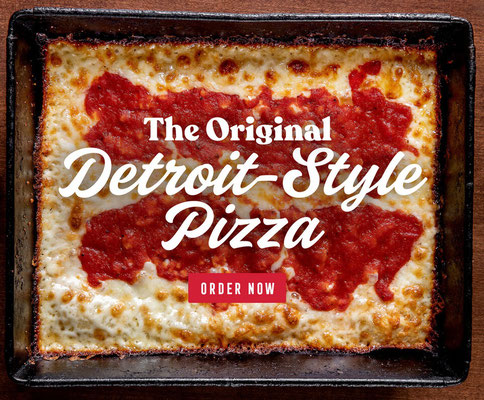 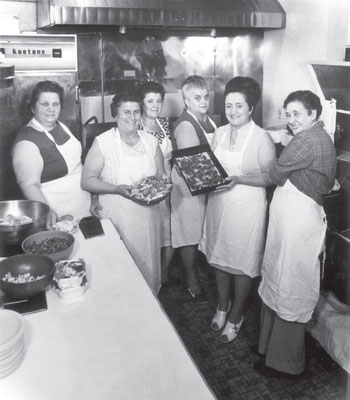