We are living in strange times, indeed. How strange? This has nothing to do with politics. Is that strange enough for you? Some things are so strange even politicians can't top them.

For example, photographers in Yellowstone National Park tourist have captured footage showing a wolf biting a grizzly bear's butt. This would not seem like a wise thing for a wolf to do if it wanted to live a long time.

Experts say this might be understandable if something like a fresh elk carcass was nearby. “Wolves do not willingly share with grizzlies (or vice versa).” However, this was not the case in one instance. “The bear was eating roots, and didn't seem a threat. But the wolf seemed intent on chomping bear butt. Hard to figure out these silly wolves." Baffles me. Maybe it was a vegetarian wolf? (https://www.usatoday.com/story/sports/ftw/2021/09/15/yellowstone-wolves-grizzly-bears-butts/118821098/)

While wolves and bears nip at each other in the wild, there is something strange going on with a domestic animal. Scientists in New Zealand and Germany have potty-trained cows. “Scientists put the task to the test and eleven out of sixteen cows learned to use the 'MooLoo' when they had to go. The researchers used a sweet treat to coax the cows to push through a gate and urinate in a special pen. And it took only fifteen days to train the young calves.” Researchers also noted: "The cows are at least as good as children, age two to four years, at least as quick," (https://www.newser.com/story/310982/scientists-managed-to-potty-train-cows.html)

Another animal was in the news this week because its behavior happened at a college football game. “The cat made its way into Hard Rock Stadium (Miami) and was roaming around a railing when it lost its footing and got caught on the facing of the upper deck. The cat desperately dangled thirty feet above the ground as the crowd tried to help. Some fans on the lower deck grabbed an American flag and stretched it out underneath the cat. When the terrified cat lost its grip and fell, it miraculously landed right in the American flag. The crowd erupted into cheers when the cat landed safely.” See the video at:  https://youtu.be/C3Ds7BxAMxE.

That wasn't the end of the story. “The cat tried to scurry away but was picked up by a student and handed it over to a security guard. Hard Rock Stadium thanked the fans for their quick thinking and said they have made a donation to the Humane Society in Miami.”  (https://www.iheart.com/content/2021-09-12-watch-football-fans-catch-falling-cat-in-an-american-flag/)

Humans are also getting aboard the strange train. Have you ever heard of the Ig Nobel Awards? “The Ig Nobel Prizes, honoring scientific achievements that make people laugh and then think, is organized every year by the magazine Annals of Improbable Research.”

The categories of of these prizes are pretty diverse. “The Ig Nobel Ecology Prize was awarded to a team of scientists from the Institute of Integrative Systems Biology who used genetic analysis to identify the different species of bacteria living in wads of discarded chewing gum stuck on pavements in various countries.” The Peace award went to researchers who tested “the hypothesis that humans evolved beards to protect themselves from punches to the face.”

What is an Ig Nobel worth? The winners were awarded a Ten Trillion (dollars bill) in Zimbabwe currency. It sounds like a lot, but the bill is worth about forty cents in U.S. money and you can buy one for $4.25 on eBay. (https://news.yahoo.com/ig-nobel-prize-awards-recognise-063744595.html)

If winning an Ig Nobel seems like a lot of effort for little reward, non-scientists can score real cash by doing something strange while never leaving home. It's a “research project” sponsored by FinanceBuzz. “We’re looking for someone to record their heart rate while watching thirteen of the scariest movies ever made. We’ll pay the hired Horror Movie Heart Rate Analyst $1,300 and send them a Fitbit to record their heart rate. You’ll help us discover whether or not a movie’s budget impacts just how dread-inducing it can be.”

To be considered for this project, you'll have to act fast. “Applications are due by September 26, 2021 at midnight ET. The chosen candidate will be selected by October 1, 2021 and contacted via email. The candidate will have from October 9, 2021 until October 18, 2021 to watch the movies and complete the assignment.” To apply go to: https://financebuzz.com/get-paid-to-watch-scary-movies.

Finally, if all this strangeness is a bit much for you, how about something a tad more normal? We're getting to the part of the year when the leaves on the trees reveal a color array that only Mother Nature can provide. There is a nifty interactive map that shows when colors are at their peak: https://smokymountains.com/fall-foliage-map/. Using a built-in date selector, the Fall Foliage Predictor Map show you when the best colors will arrive in Michigan (and the rest of the country). 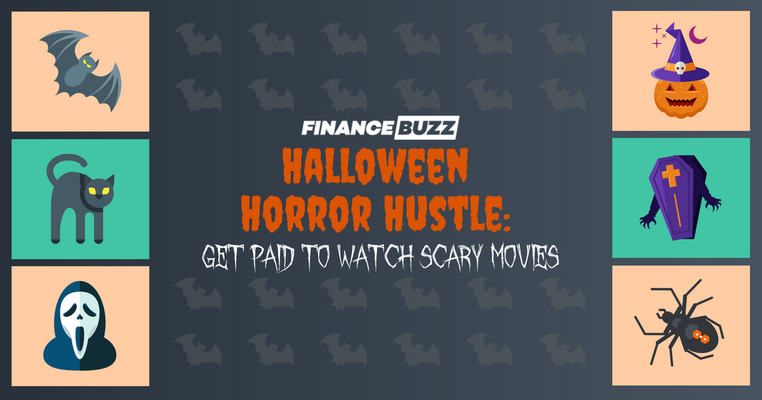