Super Bowl Sunday is upon us and I have a request to submit to you. Please just have fun. This is particularly important if you're going to be watching the game at a gathering. Avoid being a killjoy and only engage in jollification. Have a selection of surefire discussion topics ready for launch.

There may be libations at your Super Bowl soiree, so that could lead to a chat about liquids. Some alcohol is expensive, but not compared to the most costly liquids on earth. (https://www.rankred.com/most-expensive-liquids/)

The ladies in the group may be interested to know that Cover Girl Nail Polish runs about $900 per gallon and  Chanel No. 5 is a mere $26,000 per gallon. Everyone has blood in their body and that's valued at $1,500 per gallon. If you have a hankering to acquire some scorpion venom be prepared to pay $39,000,000 per gallon. Many of us have ink jet printers and those black ink cartridges set us back $2,700 per gallon.

The cost of printer ink might lead to an interesting question. Would you eat meat produced by a 3D printer? “One of the leading manufacturers of 3D printed alternative meat products, Redefine Meat, has a vision of meeting the growing demand for non-conventional meat sources. As of today, the New-Meat products can be found in over 120 restaurants in Israel, the Netherlands, Germany, and the UK.”

This 3D meat is more than just burgers. “Redefine Meat has already launched its ground beef, kebab, and sausage products and will soon release four new meatless types of meat, including a lamb flank and beef skewer.” They use ingredients like soy, coconut, barley-gluten, and mustard. Then they utilize 3D printing technology to “recreate the flavor, texture, aroma, and appearance of traditional meat.” (https://3dprint.com/288390/redefine-meat-picks-up-135m-to-expand-3d-printed-fake-meat-production/)

That's some innovative technology, but there's some cool tech being tried right here at home. How nifty would it be to recharge your electric vehicle by just driving down the street? “Michigan will be the first state to test new technology capable of charging electric cars while they are driving. The state will build an electric road system on one mile of pavement in the Detroit area. The system will be able to charge cars while they are stationary or moving. Officials hope to have the electric road system in operation by 2023.”

This idea is in in infancy. “The pilot project will test whether the roadway is safe, works with most electric vehicles, remains financially viable and is environmentally sustainable.” Just a thought, but if this works the first northern Michigan town to install one of these will have a major tourism draw like none other. (https://www.abc12.com/news/state/michigan-building-one-mile-of-roadway-capable-of-charging-cars-while-they-drive/article_2f817cdc-8370-11ec-b2d7-2f61295d8832.html)

What these tech developments mean is that new professions are on the horizon. What will the future bring? “The U.S. Bureau of Labor Statistics projects there will be 11.9 million new jobs created from 2020 to 2030.”

Of course, a key element for any of those professions will be the rate of pay. That could lead to an interesting question for every age group at the gala. When you got your first job, what was the pay? Luckily, there's a web page that provides some help. “Here’s What the US Minimum Wage Was the Year You Were Born” is at: https://finance.yahoo.com/news/us-minimum-wage-were-born-140019174.html.

Of course, everything we do now has been transformed by the internet. Do you know what happens in just one internet minute? “When gauging the depth of internet activity occurring all at once, it can be extraordinary. Today, around five billion internet users exist across the globe.” (https://www.visualcapitalist.com/from-amazon-to-zoom-what-happens-in-an-internet-minute-in-2021/)

All these items are good discussion topics, but there will always be at least one contrarian in the crowd who is not happy unless they can have a debate about something. Well, the television show Jeopardy is pretty popular and there's a question right now that can offer conflicting sides. Should there be a limit on how many games a contestant is allowed to win? “Before 2003, Jeopardy contestants were allowed to win only five consecutive games before they were forced to retire. When that rule was lifted, some smarties began to hold the champion spot for weeks on end.”

Why could this be problematic? “After about two or three wins, you've got such an advantage. You've been using the buzzer, — which is much more important than people realize; you're a lot more comfortable in the studio; you understand the rhythm of the game. Newer people just walking in there don't really have much of a chance.” So, should there be a limit and if so how many?

Finally, for those who are not really keen about the game, there's a great alternative – the Puppy Bowl XVIII. See this year's pups at: https://www.discovery.com/shows/puppy-bowl/see/meet-the-starting-lineup.

“The Puppy Bowl celebrates adoptable pups in all their cuteness and showcases the incredible shelters and rescues.” You can watch Team Ruff take on Team Fluff on Super Bowl Sunday at 2 PM on the Animal Planet channel. 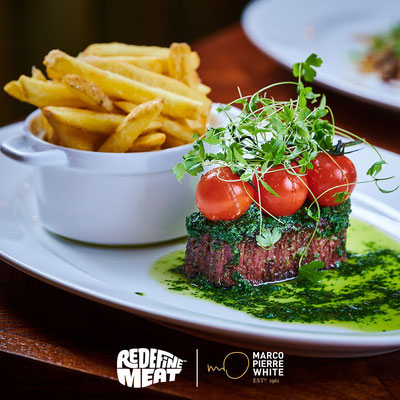 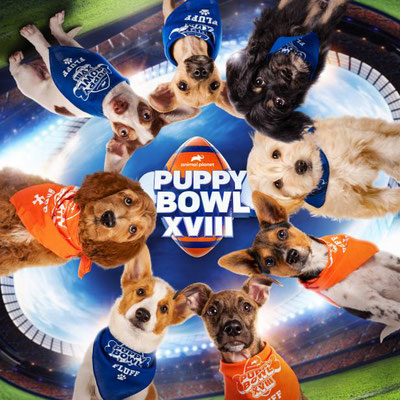